Iain McCulloch is also a Visiting Professor in the Department of Chemistry at Imperial College London. He obtained his BSc and PhD in Chemistry at the University of Strathclyde. 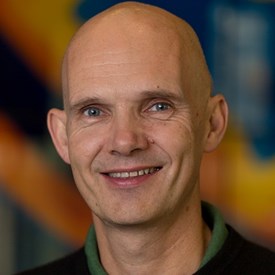 McCulloch began his career after graduating with a PhD in Polymer Chemistry from University of Strathclyde, UK, at Hoechst Celanese Corporation in New Jersey, USA where he designed, developed and commercialized functional polymers for a range of optical, electronic, and drug-delivery applications including  a water-based antireflective polymer system for photoresist processes with AZ Clariant.  He then moved to ISP Corporation, in New Jersey, USA, to manage the polymer physics research group, working on developing methodology for rheological surface science and electronic products.

In 2000, he returned to the UK, as a research manager at Merck Chemicals in Southampton, where he was responsible for developing semiconducting polymers for organic electronic and solar-cell applications. A key aspect of his research was the exploitation of molecular alignment and organization of semiconducting polymers and small molecules in the liquid crystalline phase. At Merck, his group discovered a liquid crystalline thiophene polymer, pBTTT, which subsequently underpinned many research advances in charge transport of organic thin films since its publication in Nature Materials in 2006, which garnered the distinction of one of the top ten most influential papers published in the first five years of publication of the journal.

In 2007, McCulloch joined the faculty at Imperial College to continue research in organic semiconductor materials.  At this time, along with colleague Professor Martin Heeney, cofounded the specialty chemical company, Flexink Ltd, where he is currently the managing director, which have been in operation for the last 12 years, supplying a range of electronic materials to leading manufacturers across the world.  At Imperial, he continued to explore new chemistries for organic solar cells and transistors, developing the polymer IDTBT, which exhibits disorder free transport, and an early non-fullerene electron acceptor for solar cells, IDTBR.

McCulloch joined KAUST in 2014, and became Director of the KAUST Solar Center in 2016. His work developing new solar cell materials led to the discovery that a ternary materials blend, with two non-fullerene acceptors, could outperform the equivalent binary devices, leading to high power conversion efficiencies, that helped towards a resurgence in the field.  He continues to expand his application focus for polymer materials to perform at the interface between biology and electronics, demonstrating together with colleagues Jonathan Rivnay, George Malliaras and Sahika Inal, electron transport in an organic electrochemical transistor (OECT) operated in an aqueous electrolyte in ambient conditions.  This discovery provided the impetus for a new class of polymer based electrochemical transistor sensors for biological applications and improve the sophistication of bioelectronic devices. Further work with colleague Inal has led to their employment in the detection of lactate and glucose with potential societal impact in healthcare.